Wonder of the Seas - the largest ocean liner in the world

More than 150,000 m² of ISOVER insulation have been installed to ensure the safety and comfort of passengers and crew.

According to its owner, the American company Royal Caribbean International (RCI), this 362-metre long and 64-metre wide behemoth impresses with excessive figures:

At a cost of more than a billion euros, the Wonder of the Seas, whose assembly began in October 2019, was launched for sea trials in September 2020. The first cruises on board are scheduled for spring 2022.

Particularly stringent, fire safety standards on board are a key priority in the shipbuilding industry.

The U SeaProtect® product range, made of ULTIMATE® lightweight stone wool, provided the optimum answer with a new generation of high performance mineral wool that combines all the benefits of fire, thermal and acoustic insulation with substantial weight savings.

2/3 of the insulation, i.e. 50,000 m², were made with U SeaProtect® to ensure the thermal comfort and safety of passengers.

For this large-scale project, the U SeaProtect® range was chosen for its excellent results in all aspects: its thermal performance, which guarantees a strong increase in energy efficiency while significantly reducing operating costs and CO₂ emissions. In addition, U SeaProtect® is a lightweight solution: -25% compared to traditional stone wool insulation. Also, the product is packaged in a highly streamlined, compressed package, allowing for logistical savings and ease of handling on site.

U SeaProtect® also meets the most demanding standards for fire protection, ranging from the highest level of fire reaction to excellent fire resistance qualities.

In response to the thermal and condensation challenges, ISOVER has proposed the PI MARINE glass wool range. Exclusive on the market, it has been essential for thermal insulation and anti-condensation.

3 products were installed at different areas of the ship:

In the quest for bigger and faster ships, the weight of materials and weight reduction in general have never played such an important role as today.
With the world's lightest marine range, ISOVER has achieved a weight saving of 25% on insulation, with the same result in terms of performance, helping to reduce the environmental impact of the world's largest ocean liner by reducing its fuel consumption and CO2 emissions. 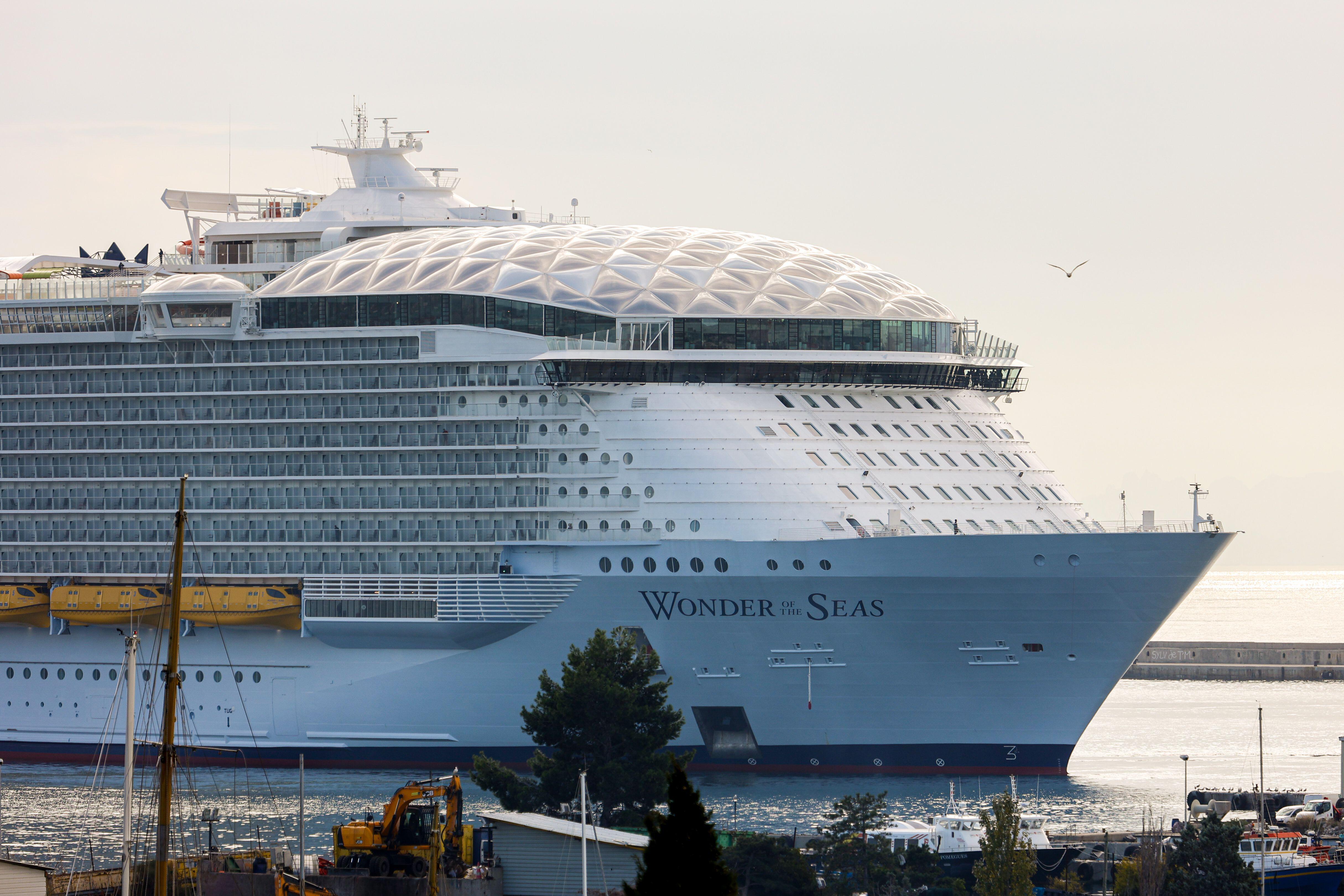 ISOVER provided thermal and acoustic insulation for the "Wonder of the Seas", the largest  ocean liner in the world