The keel of the Celebrity Eclipse, insulated with ISOVER ULTIMATE® mineral wool, was laid on the 23rd of January 2009 and floated in her drydock on February the 28th 2010

The cruise ship will sail from Southampton during Summer 2010, offering itineraries in the Mediterranean and Northern Europe. In Northern Europe the ship will visit ports such as Warnemünde, Stockholm, Helsinki, St. Petersburg, Tallinn, Copenhagen or Zeebrugge.

The keel of the Celebrity Eclipse was laid on the 23rd of January 2009 and floated in her drydock on February the 28th 2010. Solstice-class ships are considered to be one of the most environment-friendly ships in the world, for they are equipped with Photovoltaic System, an optimized hull design, highly-efficient hull coatings and lighting system using LED lights. With this set of innovations, Solstice-class ships save 30% more energy, compared to other ships of its kind. The ship was designed in close cooperation with the owner, and was optimised by means of computer calculations and model tank tests. Thanks to her slender outlines, the ship, with her 17 decks and a pod propulsion system, features a very low fuel consumption and has outstanding manoeuvring and sea-keeping capabilities as well as low noise and vibration levels.

Discover U SeaProtect one of the best solution in Marine 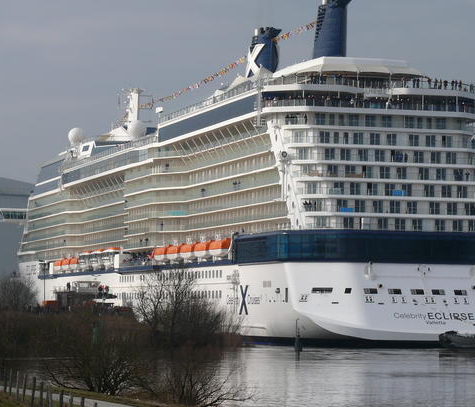