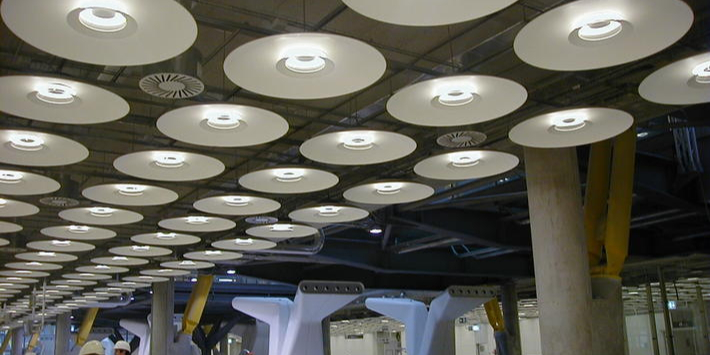 The building is in three sections: a parking station comprising six five-level modules, the terminal with three areas for domestic and European flights and a satellite in two parts for international flights. The terminal and satellite are built using the same construction principle: the sinuous main beams of the roof are supported by metal bearers resting on a reinforced concrete structure. The main beams are up to 72 metres long; they rest on Y-shaped elliptical tube posts at each end. The secondary beams at 3.5-metre intervals form an arch between the main beams.

Discover CLIMAVER, the best solution for your HVAC insulation 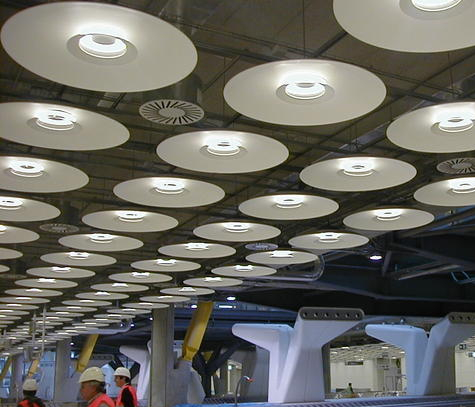